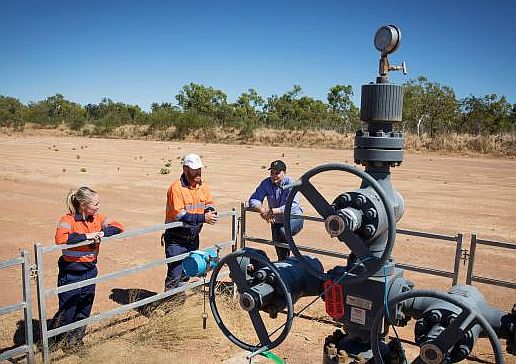 The report by ACIL Allen Consulting Services was commissioned by the Scientific Inquiry into Hydraulic Fracturing of Onshore Unconventional Reservoirs in the Northern Territory.

The analysis finds that shale gas development could create more than 500 new jobs sustained over 25 years, boost the NT economy by $5.8 billion and generate up to $3.7 billion in taxes and royalties for the Territory over the same period.

APPEA NT Director Matthew Doman said the report was further evidence that the Territory stood to benefit significantly by lifting its moratorium on shale gas.

“The ACIL Allen analysis is a very conservative model which is at odds with the demonstrated experience of the gas industry in other states and uses smaller development scenarios than the industry believes are likely,” Mr Doman said.

“For example, initial developments envisaged by just three companies could exceed all of the gas production modelled in this report.

“As well, earlier economic modelling has shown the economic benefits would be even greater for the NT if shale gas was developed for export as well as domestic use.

“Regardless, the ACIL Allen report shows there will be more jobs, more revenues and a stronger economy if the Territory Government lifted its moratorium on hydraulic fracturing.”

“Evidence to this and numerous other inquiries and decades of practical experience clearly shows that hydraulic fracturing is safe when properly regulated,” Mr Doman said.

“Until exploration is allowed, we cannot be certain of the size and scale of the development that is most likely, and the benefits that will flow to Territorians.

“It’s vital that that Justice Pepper concludes her inquiry and that the Territory Government lift its moratorium.”