One Nation’s tax grab is dangerous 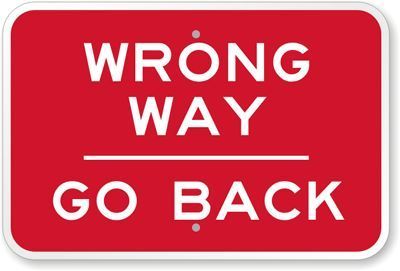 Today’s announcement by One Nation that it will use its power in the Senate to press for a new federal royalty on offshore oil and gas projects is a bad idea at the worst possible time.

“Over the last 12 months, taxation of the oil and gas industry has been exhaustively assessed by an independent expert Treasury review.  The Treasury review confirmed that the petroleum resource rent tax (PPRT) is working as intended and that taxing profits rather than petajoules delivers, over time, a far greater return to the community,” said Dr Roberts.

“The current arrangements mean projects pay a very high tax rate once they have recovered their capital costs and begin to make modest profits.  The combination of the PRRT and company tax means that 58 cents in every dollar of profit is paid to the Commonwealth.

“The PRRT is only one of a raft of Commonwealth, State and Territory taxes paid by the industry – including company tax, royalties, payroll tax and excise.

“The revenue flowing to governments from the industry is large. In 2015-16, despite suffering a net loss of almost $4.5 billion, the industry still paid more than $4.2 billion in taxes.

“Now is not the time for an opportunistic revenue grab.

“Projects have had to make deep cuts to adapt to the new market conditions.  Jobs have been lost and new projects cancelled or deferred.

“Our overseas competitors have been doing the same, driving down their costs to stay competitive.

“Increasing tax on projects already under acute pressure will only put jobs and investment at risk.

“Another layer of tax on offshore projects in eastern Australia – projects that supply gas to domestic customers – will push up local energy prices.

“One Nation should take the time to talk to the industry to understand the practical issues for local industry.  Sound bites bashing big business may feel good but the economic consequences for resource States such as Western Australia and Queensland will be damaging.

“APPEA has had a constructive conversation with Senator Georgiou and is always available to speak to Senator Hanson.

“There is already concern among investors that Australia is shifting from a high-cost, low-risk country to a high-cost, high-risk country.  One Nation’s proposal will compound these concerns, which can only harm our future prosperity.”

“We already have very strict ‘use it or lose it’ provisions in Australia. If leases are commercial they must be developed or surrendered,” he said.

“One Nation’s policy ignores the fact that offshore exploration programs are incredibly expensive and risky enterprises, sometimes costing hundreds of millions of dollars with no guarantee of success.”