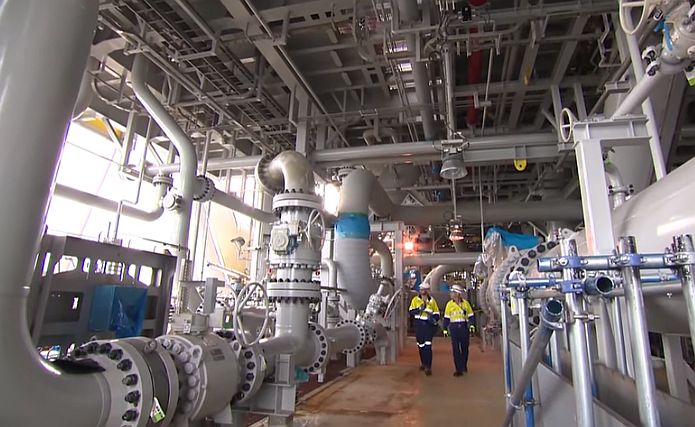 At full capacity, Wheatstone’s two LNG trains will supply 8.9 million tonnes per annum for export. The project can also provide up to 200 terajoules of gas daily for the WA market.

Dr Roberts said Wheatstone was the latest project in a wave of unprecedented LNG investment that would deliver enduring benefits for all Australians.

“The Chevron-operated Wheatstone Project has delivered enormous economic benefits to Australia during its construction – more than 7000 direct jobs and more than $20 billion spent on local goods and services through 300 different Australian companies,” he said.

“But the long-term benefits will be even greater. Natural gas from Wheatstone means more wealth for Australia and more reliable and cleaner-burning energy for WA.”

Dr Roberts said Australia was reaping the benefits of $200 billion worth of new investment that would see LNG exports surge from 30 million tonnes in 2015 to more than 85 million tonnes by 2020.

Dr Roberts said the industry’s growth meant Australia was on track to overtake Qatar as the world’s largest LNG exporter in 2018.

“These are long-term legacy projects that will support economic growth and deliver jobs, taxation and export revenues for Australia for decades to come,” he said.

“Natural gas is expected to be the world’s fastest growing traditional fuel, with the International Energy Agency forecasting global production to increase by 48 per cent to 2040.

“Australia is ideally placed to capitalise on this growing global demand.”

« One Nation in the dark on energy security PC misses opportunity to remove GST penalty on resource development »
The following letter will be sent to people who seek to represent you in Federal Parliament. Dear [title] [surname],