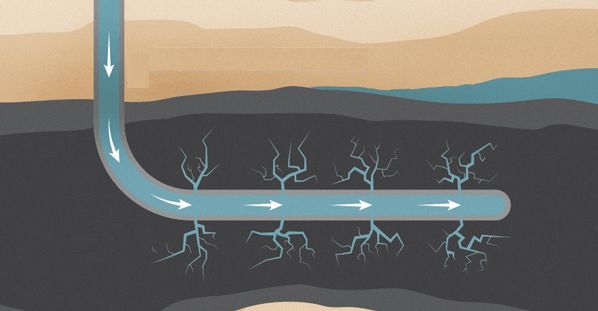 The gas industry in Western Australia condemns the announcement by WA Labor that, if elected, it would ban hydraulic fracturing across large parts of the State’s south west.

“Policy announcements before an election are often more about short-term politics than good policy in the public interest.  Today’s announcement is a case in point,” said APPEA Chief Executive Dr Malcolm Roberts.

“There is no environmental or public health and safety justification to ban hydraulic fracking. That is not just the opinion of the industry which has been safely using the technique in WA since 1958 – it is the considered view of every reputable, independent scientific inquiry into fracking.

“Australia’s Chief Scientist, the NSW Chief Scientist and the CSIRO have all confirmed that, with proper regulation, the practice is safe. In Western Australia, a two-year parliamentary inquiry reached the same conclusion just 11 months ago.

“Contrary to dishonest fear campaigns by activists, fracking does not threaten water supplies.  There has been no proven case of an aquifer being contaminated by fracking and the WA Health Department says the process can be undertaken without compromising drinking water supplies.

“At a time when the Western Australian economy is struggling and unemployment is rising, it is disappointing to see WA Labor choose short term politics over regional jobs and investment.

“Western Australia is a resource state, depending on its good reputation to attract investment to develop its natural resources.  Gas is absolutely vital to its economy – as a high value export and as the major source of energy for local homes and businesses.  Labor aspires to govern the State but, in this case, it has chosen to ignore sound science and good policy.

“Western Australia has a great opportunity to develop a safe onshore gas industry that will create regional jobs, increase competition in the local gas market and fund new regional infrastructure.  Such an opportunity should not be lightly sacrificed to short-term politics.”

Hydraulic Fracturing: What The Experts Say

Australia’s Chief Scientist, Dr Alan Finkel (ABC Lateline, 27/10/2015)
“The evidence is not there that it’s dangerous. In fact, the evidence is that, if properly regulated, it’s completely safe.”
http://www.abc.net.au/lateline/content/2015/s4340246.htm

WA Department of Health, Human Health Risk Assessment (June 2015)
“The HRA has found that, under the right conditions, hydraulic fracturing of shale gas reserves in WA can be successfully undertaken without compromising drinking water sources.
*   Firstly, in WA, shale and tight gas reserves have been identified at depths of between two and four kilometres below ground level which are a considerable distance below potable ground water sources.
*   Secondly, the risks to drinking water sources associated with hydraulic fracturing can be well managed through agreed industry and engineering standards, best practice regulation, appropriate site selection (including consideration of Public Drinking Water Source Areas) and monitoring of the drinking water source.”
http://ww2.health.wa.gov.au/~/media/Files/Corporate/Reports%20and%20publications/PDF/Hydraulic-Fracturing-HHRA-18June%202015.ashx

« AEMO report highlights critical role of gas in restoring SA power Gas and graziers: co-existence in the NT »
The following letter will be sent to people who seek to represent you in Federal Parliament. Dear [title] [surname],