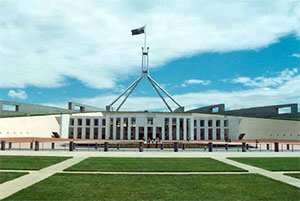 In a year of modest fiscal consolidation, and in challenging times for the industry, the 2016-17 Budget acknowledges the significant contribution a growing oil and gas sector makes to the economic well-being of all Australians.

“The industry welcomes the $100 million in extra funding to Geoscience Australia for its Exploring for the Future program, which will map the petroleum potential of northern Australia and South Australia,” said APPEA Chief Executive Dr Malcolm Roberts.

“APPEA is pleased that the Government recognises the need for further investment to reverse the significant fall in petroleum exploration in Australia’s onshore and offshore basins.

“The oil and gas industry is completing an unprecedented $200 billion wave of investment.  The industry is already generating $17 billion in exports, paying billions of dollars in government revenues and creating and supporting thousands of jobs.  By 2019, Australia will be the world’s largest LNG exporter.

“As many of these projects begin operation, this investment will continue to underpin Australia’s economic performance and provide benefits to Australia for many decades to come.”

More than $200 billion has been invested in Australia’s LNG projects in the past decade.  As these projects come online, production will ramp up.  Export volumes of LNG from Australia are expected to increase substantially over the forecast period, with Australia expected to become one of the world’s largest exporters of LNG in the next five years.  Increasing LNG export volumes will also contribute to both real and nominal GDP growth.

“The challenging conditions facing the industry, both globally and in Australia, mean it is more important than ever to ensure the policy and regulatory framework facing the oil and gas industry in Australia remains competitive and encourages further exploration and development activity,” Dr Roberts said.

“Capturing future growth and investment opportunities, and leveraging investments to support future industry service sector growth, must be a key feature of the policies of the major parties for the imminent federal election.”

Thousands of delegates will attend the 2016 APPEA Conference and Exhibition in Brisbane from 5-8 June to discuss the industry’s vital need to continue “competing for growth”.