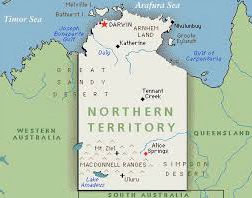 It might not be dominating the headlines like the Federal Budget, but the Northern Territory budget is another reminder of the positive impact natural gas is having on the lives of many Australians.

The budget highlights the growing importance of natural gas  to the NT, which is enjoying Australia’s strongest economic growth thanks to construction activity related to INPEX’s $33 billion Ichthys LNG project in Darwin.

The flow-on benefits to other sectors of the NT economy, such as retail, housing, transport and manufacturing, is boosting own-source revenue for the NT Government and contributing to significantly improved budget outcomes.

And the potential for onshore gas projects to generate economic growth and jobs has also been recognised with a new $8 million program to assess the territory’s shale gas resources.

Not only could shale gas deliver jobs, economic growth and improved infrastructure in remote and regional communities, it would also provide the NT Government with a new source of revenue independent of the Commonwealth.

This is a potential game-changer for the Territory, which currently relies on Commonwealth funding for around 70 per cent of its annual budget.

It looks like gas will continue to power the Territory for years to come.

« Beyond Budget 2014 – The Five Facts You Need to Know about Australia’s economy into the future NSW natural gas supply »
The following letter will be sent to people who seek to represent you in Federal Parliament. Dear [title] [surname],