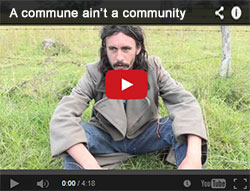 The NSW Independent Pricing and Regulatory Tribunal has made a draft decision that would see the cost of an annual household natural gas bill rise by 18 per cent from 1 July.

Meanwhile, protesters have claimed a significant victory after the NSW Government stopped a natural gas exploration operation in Bentley, northern NSW over concerns the company involved had not appropriately consulted with the community.

These protesters have behaved disgracefully, bullying the Bentley landholder who had given permission for exploration access to his land, threatening his family, and locking him out of his own property.

This article in Sydney’s Daily Telegraph says it all: 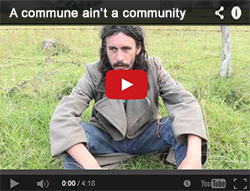 A commune ain’t a community

Anti-gas protestors plan to drive up the cost of household gas – just because they don’t like it.

I am concerned that the NSW Government’s failure to support natural gas development in this state will drive up gas prices and hurt our economy. I ask that you do what you can to help secure new supplies and put downward pressure on east coast gas prices.

Forward to five friends and ask them to join you. We need to send him this message loud and clear.

« Gas powering Northern Territory economy Why is Queensland on track to deliver a better set of numbers? »
The following letter will be sent to people who seek to represent you in Federal Parliament. Dear [title] [surname],