Australia has more than enough gas for both domestic and export markets.

The country’s supply is growing as new technology allows companies to produce from large reserves that were too difficult to access until recently.

Australia has an estimated 819 trillion cubic feet (tcf) of gas resources (enough to power a city of 1 million people for 16,000 years). More discoveries are considered likely.

In 2013, the entire Australian economy consumed only 1.1tcf, with a further 1.1tcf exported.

Gas is unaffected by weather or the time of day, so it can provide constant power. It  can also be easily turned on and off to meet spikes in demand or to fill gaps in other forms of power production. 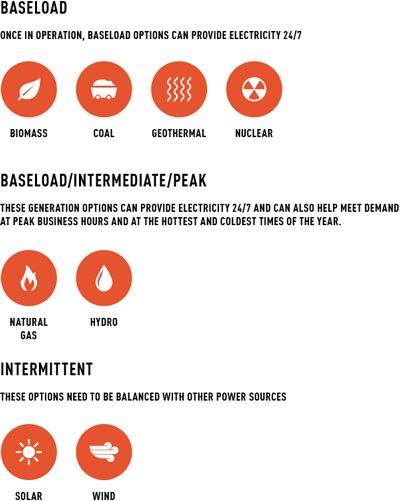 Renewable energy must be combined with forms of baseload power (continuous power generation) and peaking power (which can be brought online quickly in times of high demand).

Gas is suitable for both baseload and peaking power, and it produces much lower greenhouse gas emissions than coal (generally about 50-70% lower).

When converted to liquefied natural gas (LNG) for export, natural gas can also help reduce greenhouse gas emissions elsewhere in the Asia-Pacific region. For every tonne of greenhouse gas emissions generated by LNG production in Australia, up to 9 tonnes of emissions are avoided in the Asia-Pacific region when this gas is substituted for coal in electricity generation. This has global benefits. 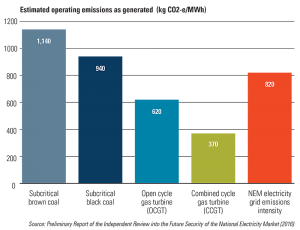 Burning gas instead of coal also improves urban air quality, which is particularly important in many Asian cities.